6 Reasons Why You’re Not as Rational As You Think 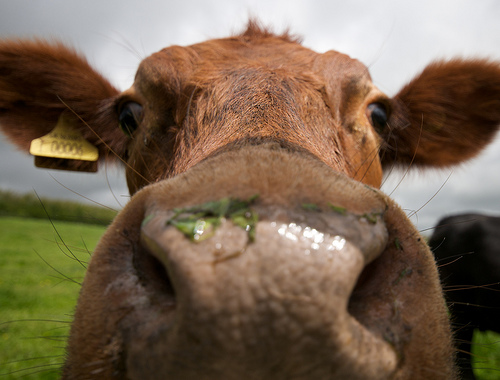 We’re all familiar with the staggering incompetence that human beings can display. It can be frustrating to be an observer to the destructive, clueless behavior of others. The internet abounds with examples of this sort of behavior. It is easy to forget that others must put up with the same shortcomings from ourselves.

The mind is a useful machine and can do a lot of amazing things. There are however, several things that the brain is not very good at. Psychologists Daniel Kahneman and Amos Tversky won the 2002 Nobel Prize in Economics for their work on heuristics, or mental shortcuts, in judgement and decision making. It turns out that our minds are really dedicated to smoothing out the edges and oversimplifying reality.

Here are 6 good examples how.

1. You think you’re above average

Are you an above average driver? How many people do you think believe that they’re below average? Give you a hint, it’s certainly not 50%.

Let’s face it, everyone has things they’re good at. The problem is being able to tell when you’re not. When surveyed over their various abilities, people are very likely to rate themselves in the top half of the population, very quickly forgetting that half of the people you meet are below average. This is known as the Above Average Effect.

We’re wired to think generally well of ourselves, and so it can be hard to accept that, frequently, half the population may actually be better than you at anything.

When physicians were given the following example, they rated the predicative capability to be between 70% & 80% reliable; that if a woman has a positive mammogram it’s 70%-80% likely that she has cancer.

As you can see from above, 20% of the much larger cancer-free population is a much larger group than 80% of those with cancer. In this example, 7.5% of those with a positive mammogram actually have cancer. This means that doctors can over-predict the likelihood by 10 times.

How a statistic is formatted changes how you perceive it. This is why the World Health Organization recommends that doctors present natural frequencies instead of probabilities. We’re very poorly equipped to analyze the overall effect of statistical probabilities, but can manage to understand how we’re affected overall.

3. You’re terrified of sharks, not cows

Your brain is equipped to process things as stories, not, as was show in #2, probabilities. The more dramatic the story, the more fearful you are about it happening. This is a good reason why old faerie tales are so terrifyingly full of abductions, cannibalism, and thumb-chopping.

People fear worst case scenarios: lightning strikes, plane crashes, and terrorist acts because of a thing called the Availability Heuristic. Note: the availability heuristic does affect much more, but this is a good example.

By now, we’re all familiar with Shark Week & the never ending parade of gigantic killer fish lying in wait to separate you from your limbs.

However, you’re probably not terrified of cows. I’ve had teachers who collect them, all the while not realizing that you are 27 times more likely to be killed by a cow than by a shark! In one case, a bull that had gored a man in India actually followed him to the hospital and then to his funeral. Talk about malicious. Irrational fear isn’t the only problem: we routinely downplay the risks we do face. You are more likely to die from something you don’t fear precisely because fear is our way of trying to protect ourselves.

Take for instance the popularity of texting. It may seem harmless, but you are 23 times as likely to end up in an automobile accident while texting. This is because texting, instead of merely making you inattentive, takes your eyes off the road for a period of time.

For instance, if a text message diverts your attention for 3 seconds, on a 40 mile per hour road, you will travel approximately 176 feet. If you’re at highway speeds, this quickly becomes 308 feet, roughly the size of a football field. This does not take into account braking distance or reaction time. In a driving study, texters traveled 17.5 times as far as those who were legally intoxicated.

4. You don’t know how to estimate

Let’s do a thought experiment. Write down your answers to the following and we’ll come back to them.

Let’s say that Mexico city is 30% cheaper to live in than Chicago. What do you think the current population of Mexico City is (in millions)? 8.8 million

Likewise, Venezula’s unemployment rate is 9.4%. What do you think that the population of Venezuela is (in millions)? 29 million

The interesting thing about human estimation capacity is that we use the information around us to help us figure out clues about the question at hand, even when they don’t provide useful information.

In a study by Kahneman and Tversky (yes, there’s a lot of their work today), people were asked to estimate the value of 1x2x3x4x5x6x7x8. One group received the question as above, the other saw it as 8x7x6x5x4x3x2x1. The group which saw the 1 first gave an average estimate of 512 while the group that saw the 8 first gave an average estimate of 2,250, a value more than 4 times as large! While both estimates actually fall well short of 40,320 (the actual value), what happens is that leading with the smaller number gives people the “information” that the number sought should be smaller, while the larger number raises their estimation. Likewise, if you were to ask people to estimate 56x6x5x4x3x2x1, you’ll probably receive an estimate that is much closer.

This sort of behavior is particularly interesting in marketing. Ever notice how grocery stores will sell 4 items for $4, or 12 items for $12? There’s no difference in the actual price, but just relating the larger numbers with the items increases the total sales.

Likewise, attaching sale limits to discounted items causes a rise in purchases. Part of this is due to the perceived scarcity of the deal; people want to secure the best bargain and the limitation is clear sign that the deal is good enough to pay attention to. However, who would put a limit of 12 on a sale item, such as soup? Is the grocery store really expecting to be wiped out of soup by people buying 12 cans at a time? Surprisingly, sale limits work to move stock even when the limit is well beyond what most people would normally buy and higher limits may actually move more stock.

A similar phenomena can be found in some of those “discount warehouse” stores. You know the sort. You come in and find a very nice leather jacket that apparent retails for $1000, but it’s currently on sale for 60% off at $400. Something about saving $600 makes our brains do backflips to try and convince us that it’s worth spending the $400 to secure it. Meanwhile, more stock moves through the store and they manage to keep selling expensive “clearance” jackets and never seem to really run out of them.

This is why buying a car is so dangerous: after spending such a large amount of money on the car itself, it becomes easy to overspend on the options packages as they seem much cheaper. Sure, that additional carnuba wax treatment sounds good, but is is really worth $60?

5. You have the need to be consistent

Going about day to day business, it’s important to know who you are. We constantly generate stories about ourselves as the starring character, with actions and events hinging upon our flaws and benefits.

Where this really becomes important is the case where you find yourself doing something that you would otherwise find inconsistent with your character. Say that you, an otherwise consistently moral person, steal an orange from a produce stand. Now are you really a moral person?

Your options to resolve this problem are:

1.) Find some other quality about yourself that follows the pattern better (i.e: you really were very hungry and must therefore be more concerned about your stomach)

2.) Reduce the importance of the conflicting belief  (i.e: It’s only an orange and no-one will really miss it, therefore it doesn’t really count as stealing)

3.) Modify your belief. (i.e: accept that you’re not nearly as moral as you thought)

The interesting thing about cognitive dissonance is that it can cause a very real discomfort in those experiencing it. The theoretical underpinning is that we choose one of these three options to reduce or eliminate this discomfort.

Later, when describing the study, separate from the other “subject”, participants who were compensated $1 were actually much more likely to describe the task as engaging than those who were paid $20. This is likely due to the case that, being faced with the awkward prospect of lying to the next participant, participants who were compensated less monetarily had less justification and thus changed their opinion of the test itself. Those who were paid $20 had a stronger external reason for their actions and did not need to change their internal justification as much.

What is particularly interesting about this phenomenon is that it can also drive confabulation, or the production of fabricated or distorted memories. This can help explain the phenomena of social proof in the Salem witch trials, or other similar events. Let’s say an old woman is accused of witchcraft. Previously, her neighbor may have had a mild fondness for her, but as accusations begin to come forward, the strongly held convictions of others can begin to shape this neighbor’s recollection of this innocent woman. Not only are small, otherwise unremarkable phenomena attributed to her, but the neighbor may recall hearing or seeing things that never happened.

6. You think that only logic is rational

Formal decision making focuses on maximizing expected utility, or the combination of a decision’s expected benefit and the likelihood of said benefit occurring. Economics, especially, has focused on this concept, building entire models around a rational decision process that focuses entirely on selecting paths with highest expected benefit.

What this approach doesn’t really define is the nature of the benefit. What benefit does a new car provide? Is it strictly the transportation advantage minus the cost of maintenance? Is it the relative social status you obtain through its ownership? What value does a candy apple red paint job and an extended trim package provide? The problem is that many decisions are made with qualitative, emotional values attached to the end results.

Simply put, given a choice between decisions that seem like they logically make the most sense and choices that make people feel good, they will choose the latter.

This isn’t necessarily a bad thing, though. The solid “rational” choice may not actually result in satisfaction. Just because the used, reliable family sedan seems to be the best financial and practical choice doesn’t mean that you will be the happiest with it.

Antonio Damasio, in Descartes’ Error, ran into an interesting problem with a patient who had a damaged pre-frontal cortex. This person was unusually calm and logical, but, when faced with a simple scheduling decision between two appointment times, was forced to run a detailed cost-benefit analysis for half an hour. His inability to think of the situation emotionally led to a decision between two otherwise logically identical decisions.

While these patterns might come as a bit of a surprise, what is most interesting about them is that they are part of human nature. Everyone is subject to making these errors. It is important to realize just how common that we, as well as others, can make decisions that seemed reasonable at the time.