The Elephant: A Systems Thinking Parable 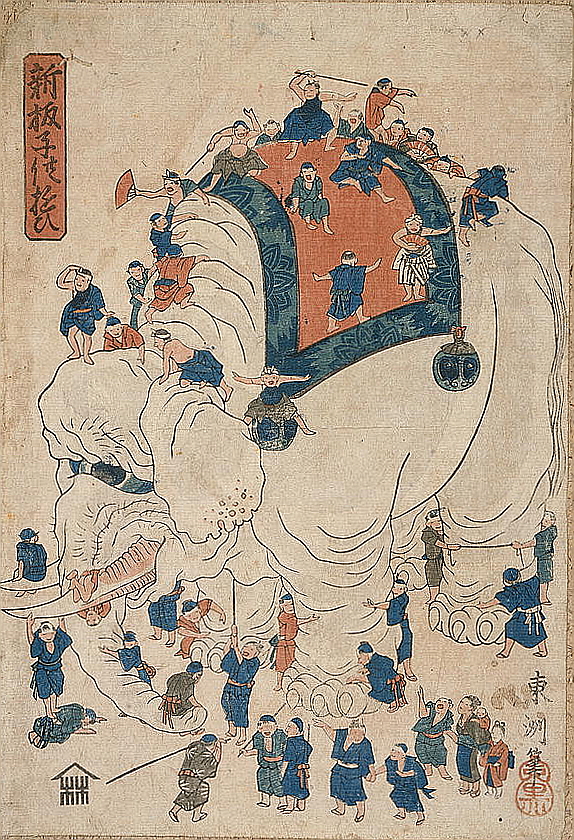 I wanted to start off today with a parable that you’re likely familiar with:

“A group of blind men heard that a strange animal, called an elephant, had been brought to the town, but none of them were aware of its shape and form. Out of curiosity, they said: “We must inspect and know it by touch, of which we are capable”. So, they sought it out, and when they found it they groped about it. In the case of the first person, whose hand landed on the trunk, said “This being is like a thick snake”. For another one whose hand reached its ear, it seemed like a kind of fan. As for another person, whose hand was upon its leg, said, the elephant is a pillar like a tree-trunk. The blind man who placed his hand upon its side said, “elephant is a wall”. Another who felt its tail, described it as a rope. The last felt its tusk, stating the elephant is that which is hard, smooth and like a spear.”

Solving real-world problems is the business of studying elephants. They’re both naturally occurring and consist of inter-related parts that are significantly more important when put together than when considered separately.

The trick comes when you need to define an elephant effectively.

Different definitions exist, largely because different uses exist. Elephant-as-spear is a pretty good definition when one is charging at you, but of little use when deciding how much to feed it.

There are two general perspectives, based on whether you’re trying to get an accurate picture or an immediately useful one: I think of them as  holistic and axiomatic.

Axiomatic definitions insist on logic and rigor. The goal is to establish a definition that is completely reliable and true, based on a few clearly stated assumptions. How do you account for enough assumptions to describe a fully workable model? This approach is useful for when you can create a limited, focused scope for a particular application.

Holistically, we’re interested in being able to identify what an elephant is when we see it. With very complex phenomena, it’s a challenge to define exactly what is and what isn’t an example. This perspective seeks a flexible understanding that can adapt to describing what is actually happening. However, the problem with the holistic is that it can be difficult to define a direct, reliable use.

Ideally, the two perspectives work together. Axiomatic views help you define specific reliable principles for how to deal with an elephant, and holistic views ensure that you have an elephant, know where it isn’t, and know which problem you’re dealing with that will need a focused, specific solution.

Likewise, in systems thinking and human factors, much of our added value is in helping understand where specific solutions and approaches are going to be the most effective.

Picture: Ukiyo-e print illustration showing masses of children playing over, under, and around an enormous elephant. From The Library of Congress